Mainpuri anciently formed part of the great kingdom of Kanauj, and after the fall of that famous state it was divided into a number of petty principalities, of which Rapri and Bhongaon were the chief. In 1194 Rapri was made the seat of a Moslem governor. Mainpuri fell to the Moguls on Baber’s invasion in 1526, and, although temporarily wrested from them by the short-lived Afghan dynasty of Shere Shah, was again occupied by them on the reinstatement of Humayun after the victory of Panipat. Like the rest of the lower Doab, Mainpuri passed, towards the end of the 18th century, into the power of the Mahrattas, and finally became a portion of the province of Oudh. When this part of the country was ceded to the British, in 1801, Mainpuri town became the headquarters of the extensive district of Etawah, which was in 1856 reduced by the formation of Etah and Mainpuri into separate collectorates. On the outbreak of the Mutiny in.1857 the regiment stationed at Mainpuri revolted and attacked the town, which was successfully defended by the few Europeans of the station for a week, until the arrival of the Jhansi mutineers made it necessary to abandon the district.

The district generally presents the appearance of an extensive level plain broken only by the sand ridges on the western border, the rolling sand hills and undulations of the Kali and Isan rivers, and the ravines along the Yamuna to the south-west. The Kali Nadi forms the boundary of this plain on the north and north-east and the Yamuna encloses it on the south-west. Both these rivers flow towards the south-east, and between them. The general slope of the country from north-west to south-east.Taking the district from north to south.

Generally speaking the soils of the district are typical of those found elsewhere in the Indo-Gangtic plain, and are classified on two principles according as the distinctions recognised are natural or artificial. Both are well understood and commonly employed by the cultivator. Of the natural divisions Bhur is the name of the soil containing a large proportion of sand, while Matyar is the name of that containing a large proportion of clay, and between these two exterms is a loamy soil called Domat having clay and sand more evenly divided as its name implies. A lighter soil than Domat is known as Pilia, coming between Domal and Bhur.The barren soil known as Usher found at the heads and partly down the courses of the smaller rivers such as Ahnaiya and Puraha, the Sengar and Arind and the numerous minor esteems, and appears to be a clay deposit too compact to permit of cultivation in places too impregnated with Reh and other deleterious minerals substances to permit growth of even grass.

The Kali Nadi forms the north-eastern boundary of the district separating it from Etah and Farukkhabad. It is a narrow stream, but perennial, and even during the spring and summar month is only fordable at certain places there is a bridge of 545 feet spans on the Farukkhabad road.

Next to the Kali comes the Isan, which is here a considerable stream, fordable only in a few places in the rains. But during the reminder of the year the volume of running water is small, and in years of unusual drought there is no apparent stream, but the pools that remains are fed by the springs. During the first part of its course and to within four miles of its junction with Kali Nadi about three miles north-west of Mainpuri, it runs through a loam and usar country, has a comparatively shallow bed, and often overflows the neighbouring lands in time of flood.

The Arind (or Rind as it is called further down its course ) is a very insignificant stream in this district , which it enters to the north of pargana Mustafabad , between the Etawah and Kanpur branches of the Ganges Canal , and treverses is an exceedingly sinuous course from the extreme north-west to the extreme south-east corner. A straight line from its point of entry to its point of exit is almost the longest which could be drawn on the district map. It present a striking contrast to the Kali and Isan.

Mainpuri abounds in swamps and marshes, particularly in its central portion but few of them are of sufficient size or permanence to deserve the name of lake . Mention will only be made here of the more considerable ones, and for the others reference should be made to the accounts of parganas. In all 36,870 acres are recorded in the revenue record as under water. Even the largest, as they are seldom supplied from springs. There is also a long narrow lake of considerable size to the south-west of Mainpuri city, between it and the Kanpur branch of the Ganges canal, which drains by two cuts towards the Isan.

The general slope of the country, is from north-west south east, and this is the direction in which the rivers run and which is therefore followed in the main by the drainage. There are however, numerous inequalities of surface caused by the greater or less elevation of the river beds and by the sand bridges, and the general disposition of the drainage differs some what indifferent portions of the district. In the center tract, which lies highest, the main drainage arteries are the Isan and the Arind. Pargana Karhal has been seriously affected by the canal. The Kali and Isan and their catchment basics all belong to the Ganges system, and all the other rivers to that of the yamuna.

The barren land consists for the most part of usar plains.

Total area covered in the district is 2154 hectare. A considerable area of the barren land is covered with dark jungle. A great deal of waste land covered with the coarse grass known locally as ganra (gandhar) or sinkh . The ganra is used for thatching and for making ropes and mats. The babul grows in large clumps on the user plains and is, indeed, the only tree which flourishes on them. Its cultivation has for some time past been encouraged by the increase of moisture due to the canals and the great demand for wood both for fuel and carpentry. Its timber is hard and close-grained and is much used for building purposes, fuel and charcoal.

The Chauhan Dynasty ruled Mainpuri. Out of the many rulers Maharaja Tej Singh Chauhan waspopular as he rose against the…

Saman Sanctuary was notified in 1990 in order to protect the large population of sarus cranes in the area. Spread…

Cyvan (च्यवन) Rishi’s ashram is in Aucha area, 18 km from Mainpuri. This is the place where such a drug… 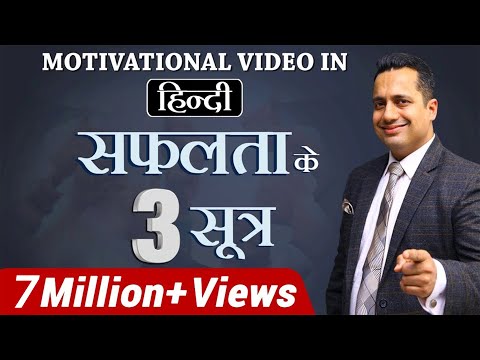 Behind D.I.C. In Front of Park,